The fight to save Waverley Market is now over 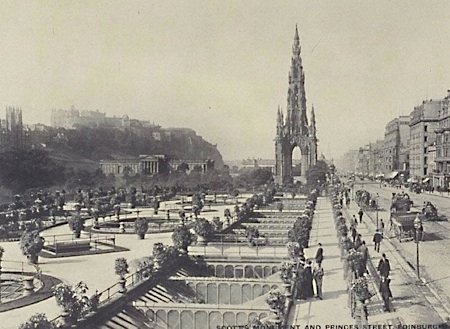 Previous posts on this topic can be found by clicking on the “Long Leases Bill” category on the right-hand side of this page. The Long Leases (Scotland) Bill provides for all leases of over 175 years with at least 100 years left to run to convert automatically to full ownership.

The Scottish Parliament’s Rural Affairs, Climate and Environment Committee has published its Stage 1 Report on the Long Leases (Scotland) Bill. It is one of the worst Stage 1 reports I have read. Many of the Committee’s recommendations go no further than “noting” issues or concerns and “anticipating” that the Scottish Government may bring forward amendments. There is no point in Stage 1 scrutiny by a Committee if it merely “notes” matters. The job of MSPs is to gather evidence and to come to a clear view on the way forward through a series of recommendations for changes or amendments to the bill.

I and others (including a number of Scotland’s councils) have, since the bill was first published last session in November 2010, been arguing for the exemption of common good land from the scope of the bill. I think that these arguments have been well made. I acknowledge, however, that it is Parliament which makes the laws of the land and that the views of myself and others may be rejected.

So it is with some significant regret that I conclude today that the fight for the common good is effectively over. In particular it is now clear that the site of the Waverley Market on Princes Street is now going to be handed over to David Murray for 40p. I and others have had our differences with the City of Edinburgh Council over the common good status of this site but I welcomed the stance of the Council that (setting aside whether the land is common good or not) the land should be exempt.

What makes this a bitter pill to swallow is the Committee’s pathetic vacillating on the matter. In their conclusions on whether there should be an exemption for common good, the report states,

“The Committee is not persuaded by the arguments made thus far to exempt ultra-long leases on common good land, however, neither is the case against this exemption been a clear and compelling one.” (para 127)

After voluminous written evidence, hours of oral evidence and in house services of the Scottish Parliament’s legal and research staff, the Committee cannot actually make up its mind. As I say, I accept that the arguments that I and others care to make may be rejected by Scotland’s legislature, but I never thought I would witness the day when MSPs simply refuse to reach a conclusion.

What makes this all the more bizarre is that in the previous section of the report which considers the general question of common good, the Committee conclude that,

“The Committee believes, however, that despite evidence that relatively few numbers would be involved, such leases could be of significant importance to the public interest of the people of Scotland.” (para 112)

I am not clear what this sentence means but it appears to suggest that the Committee believe that common good property held on long leases is important to the citizens of Scotland’s burghs. Only it is not important enough to reach a clear view on whether those citizens should lose their property……

The report covers the specific question of the Waverley Market in paragraphs 136 to 159. In paragraph 147, the Committee concludes that it is not for them to reach a view on what is and what is not common good. I agree with that and, for the record, neither I nor any of the other witnesses asked them to do so.

The Council argues that it is important for it to retain ownership of the site which is let on a 206 year lease which expires in 2188. In paragraph 154, Bill Miller is quoted outlining the self-evident case that the Council as owner of the site can exercise a degree of control through ownership that it would not be able to do through merely being the planning authority. The Minister, Stewart Stevenson, is then quoted making what is only one in a number of irrelevant and arrogant remarks which completely miss the point (the issue is not whether planning controls apply but whether the Council retains ownership). In paragraph 157, he even fails to appreciate the difference between a parcel of public land (which in my view is common good) and other sites such as the Balmoral Hotel and Marks & Spencer’s on Princes Street.

The Committee then reach their dismissive and languid conclusion.

158. The Committee is aware that this is a contentious area and has heard conflicting views from witnesses. The Committee believes that the case for exempting the Edinburgh Waverley Market site from the Bill has still to be made.

159. It is not for this Committee to make such a case and therefore the Committee notes the evidence that it has received on the matter and will consider any further information provided to it should the Bill progress to Stage 2.

It is worth highlighting that their claim that they have heard “conflicting views from witnesses” misrepresents the facts. Everyone who gave written evidence on this specific topic supported an exemption. It was only the Minister who opposed the proposal and he did so as a consequence of misunderstanding the issue (he countered the proposition by making an argument about planning controls rather than ownership).

I would write more but am too despondent to do so.

This entry was posted on Monday, March 26th, 2012 at 11:33 am and is filed under Common Good, Land Reform, Land Rights, Legal affairs, Long Leases Bill, Poor had no Lawyers. You can follow any responses to this entry through the RSS 2.0 feed. Responses are currently closed, but you can trackback from your own site.